Video Trends that Hoteliers Need To Look Out For 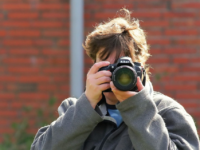 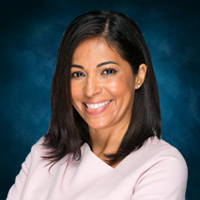 With the new year approaching quickly, it is not only time to reflect on the revolutionary changes that occurred in 2017 but also prepare for the upcoming online marketing and social media trends of 2018. One huge trend that does not appear to be subsiding for the new year is video. Online users are attracted to video content because it is more interactive and informative than text or still photos. So what kind of videos are your potential customers interested in? And what do you have to do to reach those customers? Let’s walk through what is trending and how to utilize these trends to market your hotel.

Video content has been an ongoing trend for a while, but demand has grown exponentially during the past year. Major social media companies such as Facebook and Twitter took to this trend by implementing and encouraging video-sharing on their platforms, fueling the trendy fire. With more and more video content becoming available, video is becoming the norm. In order not to fall behind, hoteliers should film informative and intriguing videos of and about their hotel and share them online.

In 2016-2017, audiences got a taste of 360° video on Facebook and Youtube. What is a 360° video? These videos allow viewers to see in every direction, instead of one fixed point. Hoteliers have already taken to this trend by implementing virtual tours of their hotel onto their website. This new form of video has yet to explode on social media. It is likely to see this as the next big craze in 2018.

We began seeing a significant shift over to live video when Snapchat added a feature that lets users share videos live from an event. Live video has come a long way since then and is now a focus on nearly all major social media platforms. Today, users can stream live videos on Facebook, Youtube, Twitter, and, most recently, Instagram. Hotel marketers need to take part in live video streaming by sharing special events that occur at the hotel.

Creating video content does not have to take a considerable chunk out of your hotel’s marketing budget. However, as with any online marketing campaign, it does take time, thought, and effort to create quality content for potential customers to enjoy. There is no need for expensive equipment, if fact, you can film shareable videos from your phone. The keys to finding success with the video trend include telling your hotel’s story, creating clear, quality content, and remaining consistent. There are several different types of videos that can be made to market a hotel, start filming today!