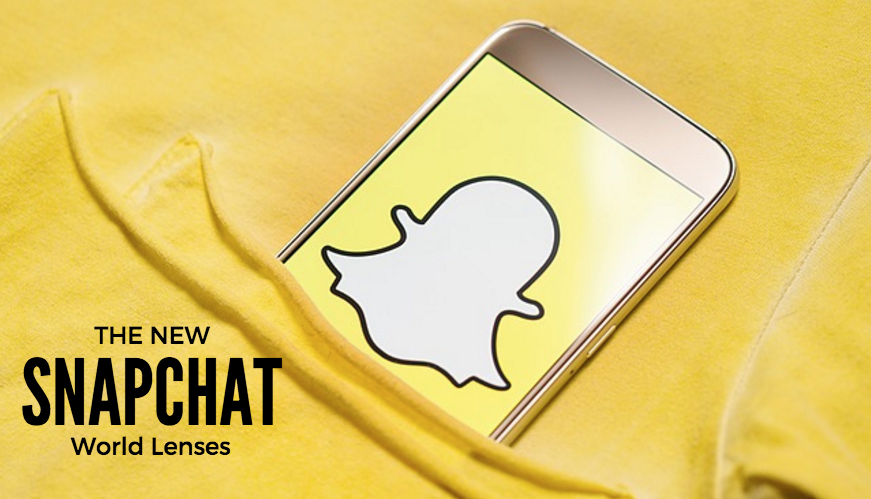 If you’re an active Snapchat user, you may have noticed a new type of filter pop up onto your screen. Since its inception, filters have almost exclusively been focused on user’s faces, with some focused on merely changing the color scheme of the photo. Recently, Snapchat introduced a new filter concept - AR, or augmented reality. Snapchat is referring to these filters as World Lenses.

After the massive popularity of Pokemon GO, whose whole focus is around AR, it is no surprise that other companies are jumping on this bandwagon. By introducing World Lenses Facebook/Instagram and Snapchat have been going head to head recently with the features that they are offering. The latest move was all platforms currently offering stories - a move that was widely joked about. Even though stories are provided on all three social media channels, they are still mainly only used on Snapchat and Instagram. It’s still too early to tell whether the AR features will affect the usage of stories across different channels. There is also no doubt that we can continue to expect the channels to compete in any new features that may be offered.

Both Snapchat and Facebook’s AR features are in the beginning stages, so it will be interesting to see what is rolled out shortly. Right now, it mainly consists of cutesy images scattered throughout the screen. As new features are sure to be released in the future, be sure to check back on our blog to read up on them.

What this means for hotels

If the AR features on Snapchat and other social media channels begin to take off, this means more photo opportunities throughout your hotel. As opposed to just selfie opportunities and certain areas throughout the hotel that are great for group photos, your guests have more of a reason to take pictures anywhere on the property. Since the AR features force users to move the camera around to have different images pop up onto the screen, they could be taking photos anywhere. To set your hotel apart and to get your name out there to your guest’s followers, create a Snapchat filter for your property. This will give your hotel exposure to a new audience.