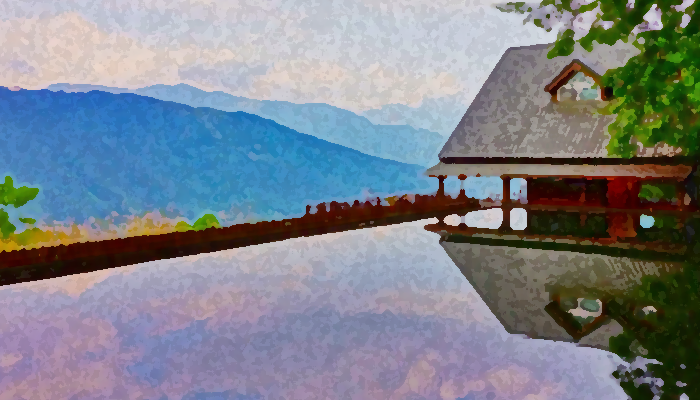 The ability to leave a review is real, but do hotel guest reviews matter?

The answer is somewhat complicated, and before we look at both sides of the argument, some relevant information must be covered.

TripAdvisor—I am sure that you know of this channel. The customers who use the site are likely to be traveling, or they are just getting back from a trip. The shoppers tend to read 6-1² of these reviews before booking.¹ TripAdvisor is a place that many customers take very seriously. This site can make or break the business of many potential customers.

Facebook—Facebook is home to ultra-important reviews because of its scale (there are close to two billion active users on the site, in each given month³). Its social nature, the customers that review an establishment, others talk about this review, and this conversation reaches and involves many, before long. If they are connected to the right influencers, the majority illusion could come spell disaster, or it could catapult your business.

Yelp—Home to hordes of opinionated readers and reviewers, Yelp is important because it is widespread and trusted. Reviewers have a direct incentive to visit the site and let their comments be known! Many other review sources are home to several different functions, besides reviews, but Yelp is centered on customer opinion. It is worth noting that the Harvard Business Review did a study and found that a 1-star rating increase on Yelp can subsequently increase revenues from 5-9%!⁴

Now that some of today’s leading review sites—especially concerning hotels—have been detailed, let’s begin to answer the question presented by the title of this piece: do hotel guest reviews matter?

Since you now have some statistics on the effectiveness of these platforms, a great place to start in this analysis is the “yes” side of the argument.

There are several reasons that hotel reviews matter to hotel management. You can also make the case that they correlate directly with customers’ decisions to book with an establishment. If a hotel has many negative reviews about the same issue, then customers can draw conclusions that the problem is, in fact, real. Furthermore, if hotels are not addressing the negative guest reviews, this could speak to a more significant issue.

Online reviews matter, as they will be asked with increasing frequency in the near and distant future.

Now, let’s look at the other side of the argument.

There are also some clear-cut reasons supporting the idea that hotel reviews don’t matter.

I started this article because I read a recent Cornell Study, which stated:

After about a 40-percent response rate, hotels seem to reach a point of diminishing returns, and making too many responses is worse than offering no response at all.⁵

That is an interesting number, and it leads to an interesting question. Should hotels respond to online reviews? When I first read this paper, it seemed like the number should be higher, but after analyzing it more, here are my thoughts:

First, it is widely known—and becoming more and more known with each passing day—that many online reviews are fake (perhaps posted by the competition, if negative, or by the owner, if positive). Many have found this point to be true through practice, after staying in a hotel (or more broadly, buying a product, patronizing an establishment, or using a service) only to determine that the positive reviews that supported it are false; the opposite scenario is similarly valid.

It’s also worth noting there are still many individuals who don’t consult online reviews before staying in hotels at all. While this number may decrease eventually, it won’t be getting smaller now or shortly.

How Hotel Management Should Proceed

As demonstrated by the above information, the answer to whether or not hotel reviews matter is complicated, with each side of the argument having some merit. Accordingly, hotel management shouldn’t respond to the reality of online reviews with one extreme or the other. Ignoring online surveys is a bad idea just as obsessing over them is.

The first thing that management should do is assure that the “basics” are covered. This means that their hotel’s staff is friendly and helpful, rooms and common areas are clean and well-organized, and the overall atmosphere enjoyable and welcoming. This will work to assure that most reviewers have positive comments about their stay!

Next, hotel management should actively respond to the negative reviews and complaints of customers. Ask him or her what the issues were with their visit (on the website where the negative review was posted), correct these issues (if applicable; some individuals are inherently difficult and negative). In this way, the public will be made aware that any problems present during the stay of dissatisfied customers were resolved, and also that your hotel is committed to complete satisfaction.

Now that you’re informed as to whether or not online reviews are important for your hotel, how to assure your online presence is positive, and how to correct it if it isn’t, you’re all set to thrive in the digital age. Good luck!