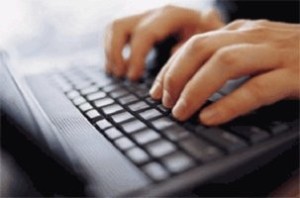 Social Media has become a critical customer service tool for hotels in the past few years. More and more users are reaching out to hotels via channels like Facebook, Twitter, and even Pinterest. Common messages sent to hotels on social media include reservation questions, to check availability, questions about the location or area, compliments/complaints, general questions, and more. If a guest is ready to book but has a quick question about the hotel, then decides to tweet or direct message the hotel, a fast response back can be the difference between them booking with your property or choosing a different hotel. You can even use this as a tool to suggest booking direct instead of through an OTA. This is why hoteliers must monitor social media from a customer service standpoint.

Up until now, direct messages on Twitter were a pretty complicated way to get information across to guests. Communication was restricted to 140 characters per message, the same character limit as tweets. On August 12, 2015, Twitter announced via its blog that users will now be able to send longer direct messages and will no longer be confined to the 140 character limit. (Update - In 2017, Twitter upped its character count from 140 to 280). Tweets, on the other hand, will continue to uphold the character count. This is excellent news for hotels and businesses alike, as they will now be able to provide better customer service through a single direct message instead of having to send multiple 280 character messages or take the conversation to a different channel. Twitter has said the change would be rolled out through the next couple of weeks, and those using Twitter on a smartphone must update to the latest version of the app.

Twitter is considered to be in real-time, which means users expect quick and timely responses. Your hotel’s Twitter account should be checked at least once per day to see if any messages, tweets, or mentions contain time-sensitive questions. Also, if you have Twitter set up on your phone, you can turn push notifications on so that you will receive an alert every time someone tweets to the hotel or sends a message. This will allow you to respond as soon as you receive the notification. Though direct messages are private, remember to keep a professional tone and respond as though others were able to see your response. Be courteous and answer any questions to the best of your ability.