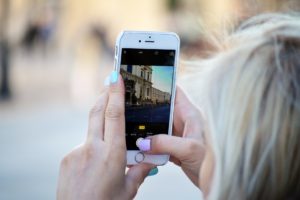 Ok, so you’ve come up with an interesting photo for your Hotel’s Instagram, used a photo editing app to show off your creativity, and got a professional camera to enhance the quality of your photo. Yes! Finally done and ready to post. But wait! Don’t hit that button! There’s more to think about before posting, such as the caption. Yes, getting the right photo is vital, and you’re about 89% there. But to ensure that your post gets the most views, your hotel’s Instagram caption needs to be #OnPoint. Quite often, people will overlook the caption or rush to write it at the last minute. But just as taking our time on the photo was necessary, so is taking the time to write out a good caption.

I know what you’re thinking! You spent all this time on the photo, why ca n’t you write the name of your hotel and call it a night? Well, the reason you shouldn’t do that is that the caption enhances the picture. Let’s say you were about to post a photo of your hotel’s bathrooms, and you wrote “Downtown Hotel.” Yes, the photo of your hotel is impressive, but adding a good caption will ensure that nothing is left up to the imagination of your customers. A photo grabs their attention, whereas the caption drives home the concepts. You want to be sure your hotel’s picture is seen by a lot of users. This is done best with a well-written caption. Without one, your photo gets lost in the vastness of the internet. Writing text, along with the picture, allows users to see your hotel’s personality and helps with branding.

Ok, so now you’re thinking, “Fine, I guess I need to write a really good caption, but how?” First off, be sure you take your time and think about what you’re trying to convey with your hotel’s photo. For example, are you about to post a picture of a local event and you want people to book a room with you? Well, try using a call to action phrase such as “book a room now,” or “visit our website to reserve a room.” Get creative with your captions by adding emojis. For example, if you’re posting a photo of the breakfast buffet, then incorporate some food emojis with the text.

If you want to ensure the exposure of your hotel’s photo, then you need to include hashtags in your caption. Relevant hashtags allow people to find your hotel’s picture. So if the post is about summer vacation, you can use hashtags such as #summer, #vacation, or #SummerVacation. Be sure to follow Instagram’s rules and stick to only 30 or fewer hashtags per post. Make sure your hashtags are relevant; otherwise, you won’t attract the right audience. Lastly, try not to make your captions the size of a novel. Most people hate reading past a few lines, and if they’re confronted with a long text, they won’t even read it. Experiment with a few things and see what gets the most interaction from your customers.

The best way to think about writing your hotel’s Instagram caption is as if you were serving a fancy fish dinner. You would want to pair it with a dry, crisp white wine. Well, photo captions are similar. Pair your caption wisely with the correct photo, and your #DinnerGuests will always be impressed.