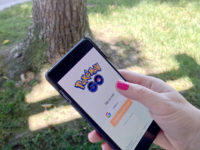 Pokémon Go has become a sensation amongst people of all ages since it was launched on July 6th. For those of you who don’t know, Pokemon Go is an app in which players move around the real world to catch Pokémon in the game. The game features a form of augmented reality by having Pokemon layered over the real world. Players use their phone’s camera to see where the Pokémon are and catch them. This game has become so popular because it’s able to target such a broad age group by combining technology with the nostalgic game. Players are required to travel to different locations to catch either Pokemon, collect special game items or battle their Pokémon against other users while connected to the internet.

It would be a shame to let such an opportunity go by without taking advantage of the crowds it creates. Here are a few ways in which your hotel can become a Pokémon Go friendly hotel.