Effective Branding for Hotels – What’s Your Business About? 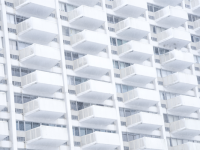 In today's highly competitive business climate, those who wish to stay afloat—and remain profitable—must take several steps and measures to do so. For traditional business (and more specifically, hotel owners), some of these measures may come as a complete and total surprise.

Case In Point: Branding Your Hotel

Essentially, branding is the creation and integration of a logo, symbol, design, character, or other forms of media that are meant to appeal to customers and reinforce the independence/desire of one's brand. In other words, branding is expected to help a business or company resonate with customers and consumers, which in the ever-crowded professional landscape of today, is of the utmost importance. It's widely known that such measures are highly effective when properly planned and introduced. "I'm Lovin' It" is all but guaranteed to remind most anyone of McDonald's; similarly, "Flo from Progressive" has become something of a television-commercial star, appearing in what feels like ten commercials per month! Both of these things—one a slogan, one a character—have come to define their respective brands. The best part of the mentioned branding techniques is that they are incredibly useful. For as catchy as McDonald's "I'm Lovin' It" slogan may be, and for as funny and interesting as Flo might be, the fact of the matter is that they aren't kept around for their entertainment value. They are kept around because they have been successful in improving the individuality of their respective brands.

It's much easier for customers to give their business to a brand or company that they're familiar with and comfortable with. In a study of more than 7000 consumers by the Harvard Business Review, 64% of people cite their shared values as the main reason they have a relationship with a brand. Of course, the differences between your business—an independently owned hotel—and these businesses—a multi-national fast-food chain and one of the biggest insurance companies in America—might lead you to believe that branding isn't necessary for your specific situation. This couldn't be further from the truth. Although it may appear as though the circumstances of these businesses and your hotel are entirely different, they are somewhat similar; the stages wherein business is conducted may differ, but there are similarities in the competitive landscape. Certain principles and practices are universal, whether they are being implemented on a global stage or a much smaller level. McDonalds and Progressive have quite a bit of adversity to overcome (in the form of other companies) to reach customers, and so do you. To make the case even more definitive, let's take a close look at some of the benefits that can be enjoyed by branding-conscious independent hotels.

Why Every Independent Hotel Should Adopt Branding Campaigns

Let's get right into it, with some obvious reasons as to why your independent hotel should make use of a branding campaign, reasons supported by the numbers, the facts, and tried-and-true practices. First, branding campaigns will make your hotel more memorable for customers—especially those who are pleased with their stay (which hopefully will be the majority of them). If your customers would remember your hotel as being of high quality, over time, it is bound to escape from their mind. This can be problematic, but it can be remedied through branding. If your hotel is incredible, as it likely should be, a notable and unique branding campaign could be the key ingredient that could result in customers enjoying their stay and remembering to tell others about it. This will, of course, lead to an abundance of additional business, and the reasoning behind this point is simple: it's much easier to recommend a memorable and high-quality hotel experience to others than it is to recommend one which is simply of "high quality." For as necessary as the inherent quality is, the reality of today's competitive business climate is that most establishments assure that the "basics" are covered, and that is not enough to make you stick out from the pack. These basics, as you know, are clean rooms, helpful staff, an enjoyable atmosphere, etc. You have to add something different that elevates your brand of lodging over the others.

Branding can help your hotel appeal to otherwise uninterested customers by creating an air of individuality. While many book hotels after extensive research and planning, others "go with the flow" and book as they go on the road. Others yet must quickly book their stays as a result of schedule difficulties. To appeal to these individuals, branding—which encompasses the best features of your hotel as well as some memorable advertising effort, of course—will be highly effective (as it has been for so many others). The difference between many customers staying in your hotel as opposed to one of the competitors' establishments may be branding, as opposed to quality. In other words, branding can help your independent hotel stand out in a crowd. It's been widely documented that hotels that develop a brand receive an influx of customers that could have otherwise stayed with a competitor. A properly planned hotel branding strategy can benefit an independent establishment by increasing the effectiveness of previously integrated marketing efforts. This point may be closely related to the last, but it is still notable enough to be explored, albeit briefly. The advertisements which a hotel typically makes use of will essentially multiply ineffectiveness. These could include online appeals, newspaper columns, television and radio spots, etc. In the process, it could produce a higher yield – otherwise known as "more bang for your buck." As every business owner knows, getting the most out of each and every penny that is spent is of the utmost importance! These reasons as to why branding for hotels is so vital are undoubtedly real and notable, but some readers may not be entirely sold on the topic. This is understandable, and to appeal to these readers and many other hotel owners, let's take a look at a modern-day example of hotel branding done correctly, as demonstrated by Marriott.

Marriott Hotels hit the ball out of the park with their Two Bellmen movie. By taking innovation and entertainment to the next level—in terms of content produced by hotels and otherwise—Marriott released a full-length, top-quality, and decidedly appealing film, Two Bellmen, to YouTube. If you haven't enjoyed the work yet, you have a real treat waiting for you (a twenty-minute gift, it's worth noting). To date, the film has garnered over five million views and an abundance of "likes."

Moreover, its trailers have also inspired many to tune-in. The culmination of support for the film has resulted in notable cries for a second installment. These cries have been answered! The creativity and ingenuity behind the work are remarkable. Only the Marriott Hotel executives know how much the brand benefitted from Two Bellmen, but there's an excellent chance that the financial positives of the film are incredible; more expensive advertising campaigns have a hard time reaching this many people! It's even more impressive that the advertisement was created to such a high degree of quality that individuals want to watch it! More specifically, the benefits of the franchise, as opposed to the film, were made to be even more apparent with Two Bellmen Two, which to date, has secured nearly eight million YouTube views! Between the first and second installments in the short-film series, over thirteen million fans (potential and future customers) have been reached—that is absolutely incredible! Seriously, this entire instance stands tall as a reminder of the potential effectiveness of branding. Such an effort—even if only partially as successful as Two Bellmen—will bring a massive amount of attention to a distinguishable brand, and in the process, increase the number of customers and the profits of an establishment. You could also do as Marriott did and put subtle hints about their brand throughout the movie. Please note how the Bellmen only really care about the guests. As was mentioned initially, the business climate of today is highly competitive. There is no room for error from those who wish to thrive, and it's every single hotel owner's responsibility to help their brand stand out from those of the competition. Branding is wide-ranging and diverse, and can really involve most anything (as was made clear by Two Bellmen). So we close, I have to ask you, "What will define your hotel?"