If This Isn’t Guerilla Marketing, I Don’t Know What Is 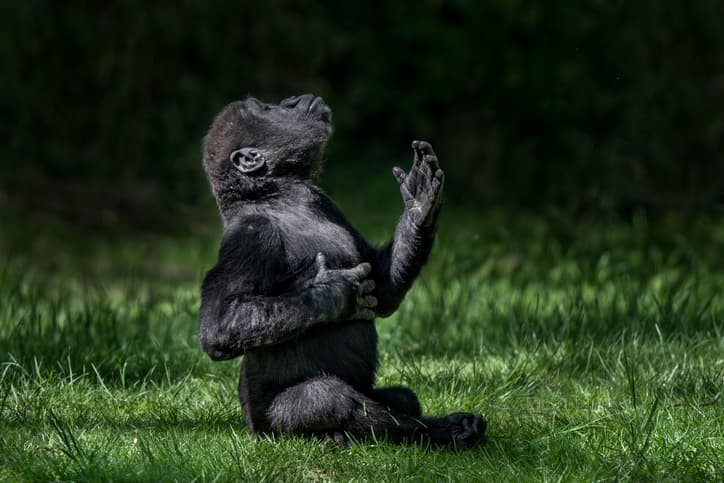 Guerilla Marketing: an unconventional advertising tactic used by businesses. It employs unusual and in-your-face methods to capture an audience’s attention.

Gorilla: the most significant size extant genus of primates. They inhabit the forests of central Africa.

Their DNA is the closest to humans, matching 95-99 percent depending on the report. Livescience.com reports a 98 percent identical genetic level). They are often a recurring element in pop culture and media. The intelligent gorilla is an ever-mysterious creature.

They’re handsome. They have stories. You can see it in their eyes. Since they are so close to our genetic makeup, yet so very different from us, we connect with them. We'll always want to watch what they do, especially if they are saving pretty ladies or climbing up the Empire State Building. Or … as seen in this video, playing Phil Collins’ “In the Air Tonight.”

Cadbury’s gorilla campaign breathed new life into the brand’s identity. In 2006, a salmonella scare forced them to recall their famous chocolates. This is according to the BBC.

A Glass Half Full Production created the original concept. They are a Cadbury Adverts company.

Visit YouTube for remixes using Bonnie Tyler’s “Total Eclipse of the Heart,” Nirvana’s “Lithium,” Guns and Roses “Welcome to the Jungle,” Deep Purple’s “Smoke on the Water” and “Body Rockers” by DJ Shaneboy.

CenturyPly is a plywood company based in India. For National Anger Day, they took their mascot— the gorilla— and made this commercial to highlight how sturdy their wood is. Want to get some attention in America? Go Gorilla on us. Very memorable.

In today’s competitive marketing world, you have to mix it up. Go online with social media and email campaigns. Go print with brochures and business cards. And go viral with YouTube videos of gorillas. Or some guerilla marketing.

Comic relief is the name of the game when it comes to fundraising in the U.K. Red Nose Day is an event launched in 1988. It is a national institution in Europe. The BBC opens its network to celebrities and comedians to entertain viewers to raise money. This commercial brings characters together to join an advertising front for the 2009 campaign.‍

She’s a gorilla until she gets her wafer of creamy goodness. Then she’s a beautiful woman. Cadbury Perk was introduced in 1996 as a solution for a quick snack, and in 2009, the new Perk was packed with “Glucose Energy!” for a light meal on the run.